A Last Week of Firsts

In this last week with my love, we felt inspired to do things that we always talked about doing together but never got around to.

He never had a root beer float before, so I made one for him and made sure he saw the weird way it bubbles. He thought it tasted weird at first but by the end of the giant mug he said he wanted more tomorrow. "Bidi camaan."

He came with me to get a manicure and pedicure. While a regular activity for me, it was amazing for him. I had to look away because I couldn't stop laughing at him sitting in the spa pedicure chair, remote for the massage chair in one hand, grinning huge and staring wide-eyed at the woman working on his feet. I'd hear him say to himself in wonder, "Another step? Another tool? Oh my god," then he'd lay his head back and close his eyes. Priceless. Hilarious. 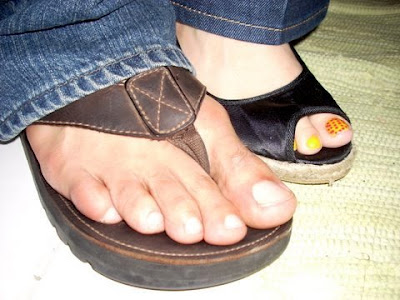 He took me to the Georgia Aquarium, a place two minutes from my office that I have never gone to, and I really love fish! I touched a shark there for the first time ever. We took so many beautiful pictures.

While out for dinner, one day I insisted that he order a shrimp dish, on another he encouraged me to order the pork dish that I really wanted. With my shellfish allergy and him being Muslim, we have always avoided both when around each other.

He bought me my first pair of Crocs. He knew I wanted them, and I think also knew that I would never buy them for myself for fear of my sister's relentless mocking of how ugly they are. He also told me repeatedly how cute they looked on me. 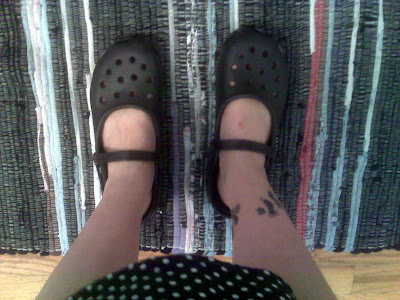 This was also the first time that we lived together- albeit for a short time, just a week. It was lovely to be together in this way, and I hope that my presence helped calm him during the unbelievably anxiety-filled days before moving to the other side of the world. We enjoyed lovely lavish lunches side by side. 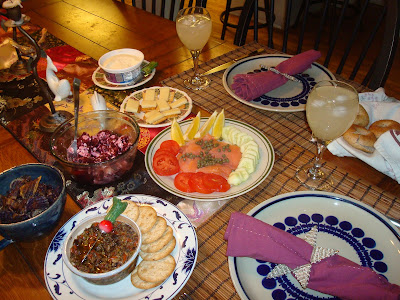 This week was also filled with constant awareness of "lasts", a very strange reality in a relationship that has spanned nearly six years. The last time we were at certain restaurants, the last time we listened to certain songs, the last time I felt his body through his clothes as we held each other as we said goodbye at the airport.

But as Jill pointed out, this week is not the first time we have said goodbye forever to each other. However this post is the last time I will offer any hope for my future that includes him as a partner.

Goodbye, my love. I will miss you deeply.
Posted by Sara Ashes at 10:58 AM